Could you please explain the conotations of these words when they are used in daily life!
He ___ saw that he was mistaken.
eventually - finally - ultimately - in the end - at last
please give me examples of your daily speaking, then I can easily feel their difference!
Thanks! (с) Elyssia 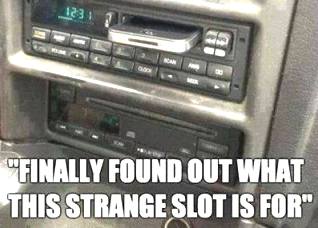 Elyssia, I find questions like these very interesting! However, I would like to emphasize that impressions of the fine distinctions of meaning in English are often highly subjective.

In your example, here is how I would understand the differences:

He eventually saw that he was mistaken.
This connotes a gradual change of understanding, rather than a marked or sudden change.

He finally saw that he was mistaken.
This carries a sound of expectation, as if the change in understanding were long-awaited.

He ultimately saw that he was mistaken.
This makes it sound like he struggled with the understanding or disagreed (moreso than the others).

In the end, he saw that he was mistaken.
*Note that it would be awkward to insert the phrase between the subject and the verb in this example.*
This is very similar in meaning to "ultimately".

At last he saw that he was mistaken.
* Note that it would be awkward to insert the phrase between the subject and the verb in this example.*
This is very similar in meaning to "finally".

The only one of the examples that has a distinct difference in meaning, to me, is "eventually", which indicates a gradual change. (с) boonognog

He eventually escaped and made his way back to England. This connotes a gradual progress in his mission to escape, he must have faced several troubles before he was able to escape. Possibly he was caught or lost several times before he reached England.

He finally escaped and made his way back to England. This carries a sound of expectation, as if the escape was long-awaited. He must have planned his escape long ago and was able to escape when he put his plan into action.

Both the adverbs mean 'in the end' or 'at last' but they differ in the emphasis:
eventually is a long and gradual (step by step) process and
finally is long awaited. (с)

At last suggests the idea of impatience or inconvenience resulting from a long wait or delay.
She has passed her exams at last.
When at last they found him he was dead.

In the end suggests that something happens after a lot of changes or uncertainty.
We made ten different plans for our holiday, but in the end we went to Goa again.

At the end refers to position at the end of something.
A declarative sentence usually has a capital letter at the beginning and a full stop at the end. (с) Manjusha