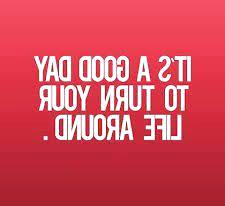 To be positioned around a place or object means to surround it or be on all sides of it. To move around a place means to go along its edge, back to your starting point.
She looked at the papers around her...
...a prosperous suburb built around a new mosque.

Around is also an adverb.
...a village with a rocky river, a ruined castle and hills all around...
The Memorial seems almost ugly, dominating the landscape for miles around.

If you turn around, you turn so that you are facing in the opposite direction.
I turned around and wrote the title on the blackboard...
He straightened up slowly and spun around on the stool to face us.

Around is also an adverb.
He backed away from the edge, looking all around at the flat horizon.

If someone moves around a place, they move through various parts of that place without having any particular destination.
They milled around the ballroom with video cameras.

Around is also an adverb.
My mornings are spent rushing around after him.

If you go around to someone's house, you visit them.
She helped me unpack my things and then we went around to see the other girls.

You use around in expressions such as sit around and hang around when you are saying that someone is spending time in a place and not doing anything very important.
After breakfast the next morning they sat around for an hour discussing political affairs.

Around is also a preposition.
He used to skip lessons and hang around the harbor with some other boys.

If a wheel or object turns around, it turns.
The boat started to spin around in the water.

You use around to say that something happens in different parts of a place or area.
Elephants were often to be found in swamp in eastern Kenya around the Tana River.
...pests and diseases around the garden.

Around is also an adverb.
Giovanni has the best Parma ham for miles around.

If someone or something is around, they exist or are present in a place.
The blackbird had a quick, wary look in case the cat was anywhere around...
Just having lots of people around that you can talk to is important...