Estonia and Life on the Border 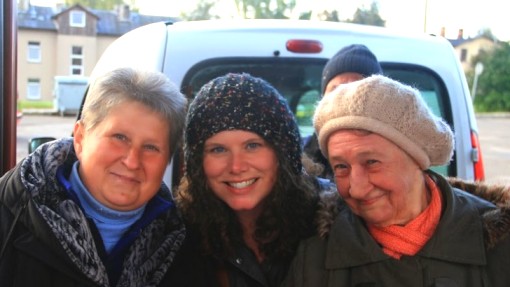 What I remember most from almost every journey is the people I meet along the way. People who restore my faith in humanity and sometimes even ignite something within my soul. You can read about any place and learn its history from books or the Internet. You can look at pictures of beautiful scenery throughout the world, but you can't really understand a country or its people until you've actually walked the soil. Until you meet the common folk there and see the way they live. Before the trip I knew very little about Estonia, except that it was formerly under Soviet control. While I saw some similarities with Russia, what touched me the most was the stark contrast in human relations. I met these women at a market near the Estonian/Latvian border. The smiles on their faces reflective of all of the Baltic States we visited. Open and friendly people, welcoming foreign guests into their small corner of the world. So, let's take a quick peak inside Estonia...

1. Scenery in the areas in which we traveled was nice. Lots of farmland, animals and open fields. However, this isn't the reason I travel across the ocean to visit these countries. Such landscapes I can see in my own country. The same farm scenes are within an hours drive of me here in Virginia. Mountains, deserts, lakes, oceans, all a short drive or plane ride away. The beauty of America - its natural diversity. 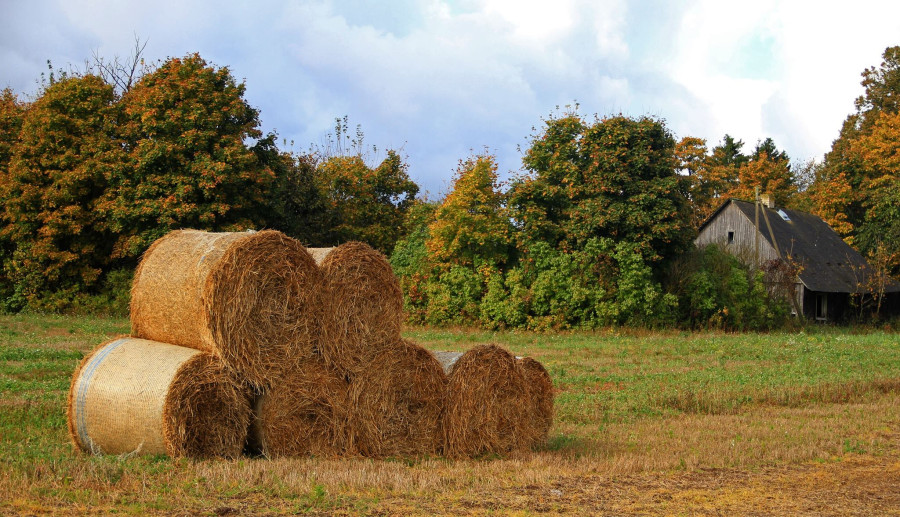 2.  Upon crossing the border, we immediately encountered houses similar to those I saw on the long drive through Central Russia. I noticed only one or two dilapidated, sunken homes. In general, Estonian houses well kept and cared for. 3. Compare here with the recurring depressive scene on the Moscow to St. Petersburg route we drove in February. Complete devastation and abandonment everywhere. Maybe there are nice provincial towns not so far from Moscow? Where should I go on my next visit to restore my faith in small Russian villages? It's a serious question. 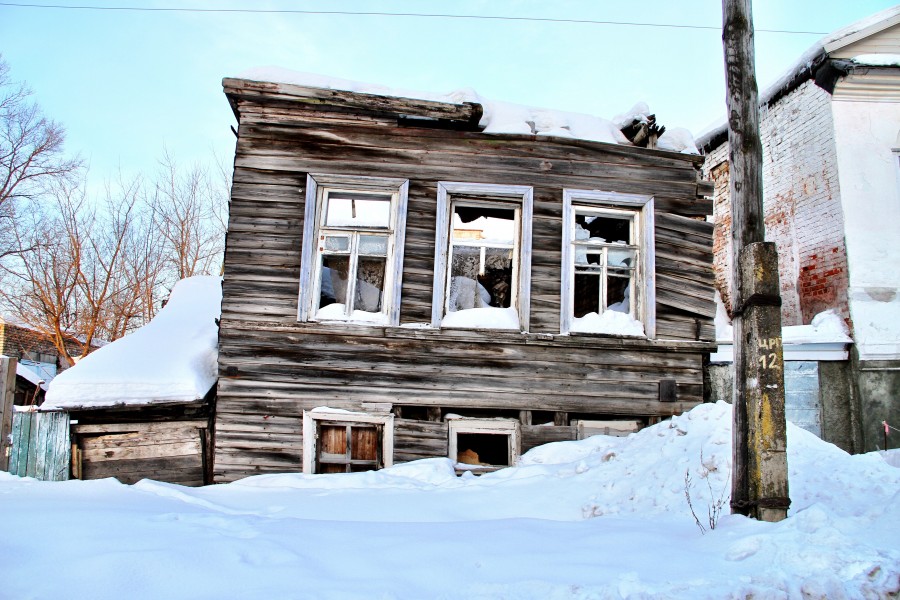 5. Small neighborhood near a graveyard for Soviet cars. Yards well kept and clean. No trash or junk thrown about, even some colors on the homes! 6. Still some gloomy scenes in Estonia, but they are not common. 7. Young child walking home from school. I remember there were no houses or apartments nearby so maybe she had to walk for miles? Kids here don't know the luxury of a school bus. On this trip, a common pattern in all countries. Old ladies sitting in the middle of nowhere on rural highways, selling potatoes, mushrooms and other small items. Prostitutes walking or standing on the shoulders waiting to turn a trick. People with baskets in their hands, disappearing into the forest to gather mushrooms. Remember I mentioned these lost souls after my first Russia trip? They are like ghosts to me, mysteriously appearing in the strangest places. From where I have no idea, likely villages many miles or even hours away. I'm sure this is a common scene for most of you, but to me this way of life is amazing and completely foreign. I saw customers buying apples or mushrooms only once or twice, yet these old ladies probably sitting there for hours each day to bring in very minimal earnings. How else to earn an income in these remote areas? 8. I will not write a separate report on the graveyard for Soviet cars but it was interesting to walk through. Old Ladas, Soviet buses, police and ambulance cars. I sat in many of them, and even pretended to drive one of the buses. :) 9. Many foreign plates in the graveyard but only one from America - my home State of Virginia!! 10. Old Soviet toys in the graveyard. 11. If I recall, Alexander told me lots of kids had this pedal car during Soviet times. If you're interested in this car graveyard, you can read his nice and detailed report about it here. 12. Speaking of cars, roads in Estonia are very good. Even in most rural areas the pavement and lanes are normal and easy to navigate. Such a welcome relief after driving a horrible route from Moscow. However, on the way back from Belarus we were on a completely normal road the whole route to Moscow. Two lanes, nice width and the best highway I've seen in Russia. I don't remember the name, but there was no sense of panic driving on it. 13. The most interesting thing for me was the border town of Valka/Valga. On the Estonian side, Valga - the southernmost point in the country. 14. The town almost completely deserted. In fact, starvation occurred here. Nowhere to eat when we arrived late in the evening nor the following morning as restaurants were non-existent. You can see lots of old wooden buildings in this area, but none of them falling apart or collapsed. 17. Now a seamless, borderless transition from Estonia to Latvia. Old and young walk straight through with no questions, hesitations or inquiries. What beauty and freedom in a borderless world! 18. On the Latvian side, the town of Valka - the northernmost city in the country. In the middle of the town sits this lovely church, surrounded by trails of colorful leaves. Autumn - the most wonderful time to travel! Cool, crisp air and the smell of smoky firewood everywhere. 19. Latvian yard. I remember when my Ukrainian friend first came to my apartment she was amazed that I had both a washer and dryer. What a convenience! And how do you dry clothes in winter time? I see them hanging on the lines or from apartment balconies. Icicles don't form on the clothes? It was here in Valka that an old man stopped me on the street and tried to speak. So curious that a foreigner was walking in his small town. I spoke to him in broken Russian and then Alexander came along and explained that I was American. He kissed my hand, invited us for coffee in his home. But there was no time so we had to decline. A real pity because I would've enjoyed hearing his life story. 19. Both Estonia and Latvia are ranked very high when it comes to freedom of press. According to 2013 statistics from Reporters Without Borders, Estonia is ranked #11 (even ahead of the U.S.) and Latvia is # 39. And where is Russia ranked? #148 out of 179. To some these statistics are meaningless, but to me they are symbiotic of human relations in these nations. When people are free to express themselves without fear of judgment, suspicion or retribution, the society is more open as a whole. You can see this in the way Estonians and Latvians treat foreign guests. It became most apparent to me at the outdoor market in Valka. Just look at the photos. I believe they speak for themselves. You see the warmth in the eyes? The smiles? In this tiny town, I felt most welcome. Even treated like a celebrity to some extent. Maybe an American has never walked their streets, spent money in their market, or attempted to communicate with them. Language barriers in all of these countries huge for me. Absolutely no one speaks English, but there are universal signs of warmth - a smile, a nod, offering free berries, even posing for photos without me asking. A genuine interest to know someone different, someone unusual. This is what I search for each time I travel in Russia, but it's rarely found. Instead, cold and unfriendly faces. The ability to photograph anything very limited - a market, food in a restaurant, groceries. All met with immediate suspicion and condemnation. Yes, there are friendly Russians but the culture as whole does not warmly welcome outsiders in the way these Baltic States do. Perhaps it's time to take a lesson from your close neighbors.

I can't claim to be an expert on Estonia or any of the countries we visited. The pace of this trip was so fast that parts of it are a blur at this point. We saw only glimpses of each nation, but I definitely want to return to Estonia. Perhaps to Tallinn to see if Estonians in a larger city are as open and kind as those in the rural routes we passed.

Do any readers live in Estonia? Who has visited the country and what did you think? If you know interesting facts about Estonia, please share. Eager to know more.