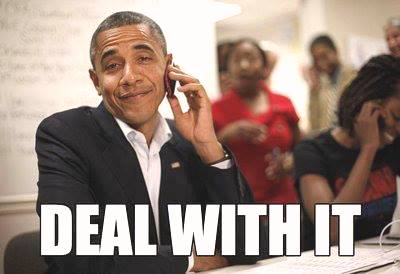 If you make a deal, do a deal, or cut a deal, you complete an agreement or an arrangement
with someone, especially in business. (BUSINESS)
Japan will have to do a deal with America on rice imports...
The two sides tried and failed to come to a deal...
He was involved in shady business deals...

If you deal with a particular person or organization, you have business relations with them.
When I worked in Florida I dealt with British people all the time...

When you deal with something or someone that needs attention, you give your attention to them,
and often solve a problem or make a decision concerning them. = handle
...the way that building societies deal with complaints...
The President said the agreement would allow other vital problems to be dealt with.

If you deal with an unpleasant emotion or an emotionally difficult situation, you recognize it,
and remain calm and in control of yourself in spite of it.
She saw a psychiatrist who used hypnotism to help her deal with her fear...

If a book, speech, or film deals with a particular thing, it has that thing as its subject or is concerned with it.

...the parts of his book which deal with contemporary Paris.