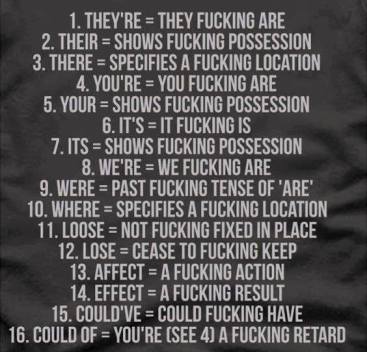 Your possessions are the things that you own or have with you at a particular time.
People had lost their homes and all their possessions...
She had tidied away her possessions.

If something retards a process, or the development of something,
it makes it happen more slowly. (FORMAL)
Continuing violence will retard negotiations over the country's future. = slow down

If you describe someone as a retard, you mean that they
have not developed normally, either mentally or socially. (INFORMAL, OFFENSIVE)
What the hell do I want with an emotional retard?
Tags: как учить английские слова
Subscribe