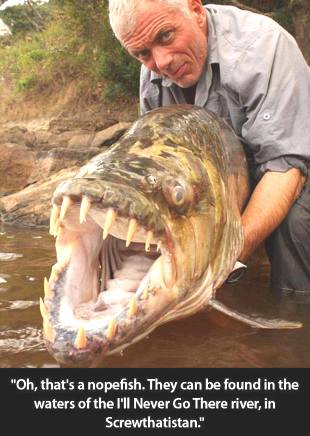 Nope (Nowhere On Planet Earth) is a slang for "no". Nope, I'm not going.
The best response to anyone who is trying to argue with you or debate you.
- Dude, this song is horrible. - Nope.

A screw is a metal object similar to a nail, with a raised spiral line around it.
You turn a screw using a screwdriver so that it goes through two things,
for example two pieces of wood, and fastens them together.
Each bracket is fixed to the wall with just three screws.

If someone screws someone else or if two people screw, they have sex together. (RUDE)

Some people use screw in expressions such as screw you or screw that to show that
they are not concerned about someone or something. (RUDE)
* fuck и shit. когда что уместно звучит. 24 английских ругательных слова.
Tags: разные интересности
Subscribe
promo