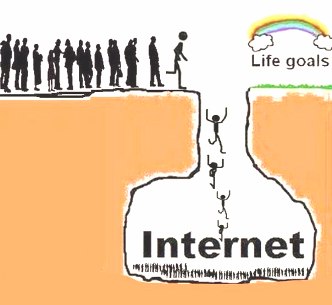 Something that is your goal is something that you hope to achieve,
especially when much time and effort will be needed.
It's a matter of setting your own goals and following them...
The goal is to raise as much money as possible. = aim, objective

In games such as football, netball or hockey, the goal is the space into which
the players try to get the ball in order to score a point for their team.
David Seaman was back in the Arsenal goal after breaking a knuckle.